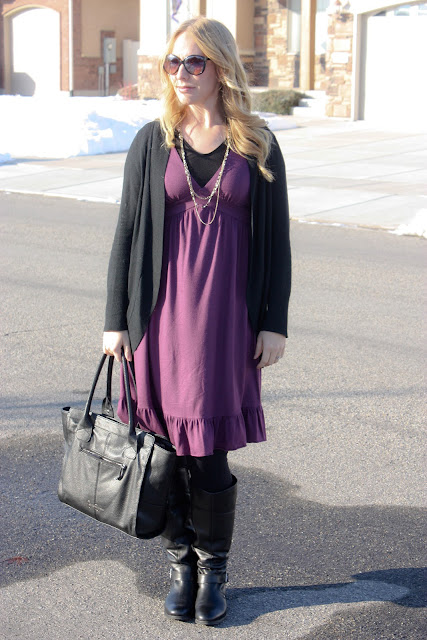 I didn't grow up skiing, but living in Utah, lots of my friends were skiers.  When I got to college I lived in a town that had a great ski resort not too far away.  I decided that the time had come to teach myself to ski. I did my best and got so I could go down the hill, but it definitely wasn't pretty.  I ended up marrying Josh, who is an amazing skier.  The first time we ever went together, he watched me ski and um...wasn't too impressed.  Not that he would ever say anything, but I could tell, that my form left something to be desired. 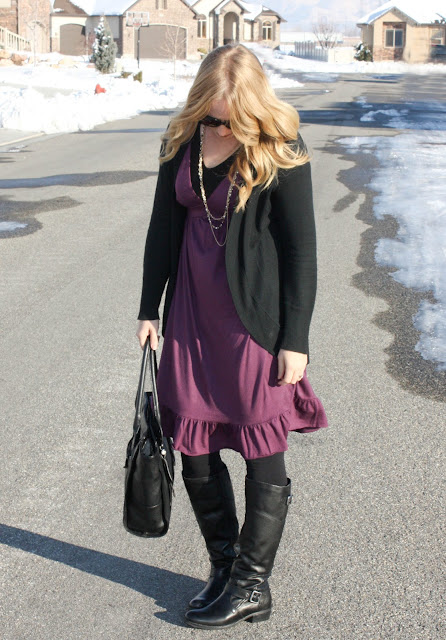 Having young kids skiing got put on the back burner, but we always wanted to go with them.  This year we finally got them skis and passes to a local resort.  I had NO intention of being part of the whole ski thing.  As I said, I'm not that good and I was happy to stay home with McKay.  That was until Josh found out that McKay could ski...he promptly got us both skis and me a pass.  He took me and the boys on Saturday (McKay's first time will be New Year's Eve, I can't wait to watch him ski! His skis are so adorably tiny!), and I have to say...I wasn't as bad as I thought I would be.  I hadn't skied in 7 years and I was SO SCARED!  My boys were trying to give me pointers (which is a bit humbling, but I took them as I needed all the help I could get) and Josh was so patient and I think by the end of the day, it had come back to me.  I think my boys were disappointed that I didn't fall a million times, they told me at the end of the day they had been expecting it.  At first I was DREADING going, but I have to admit it was so fun.

Josh is so excited to have us all skiing this season, and after Saturday I am excited too!  Hopefully by the end of the season I will have figured it out. 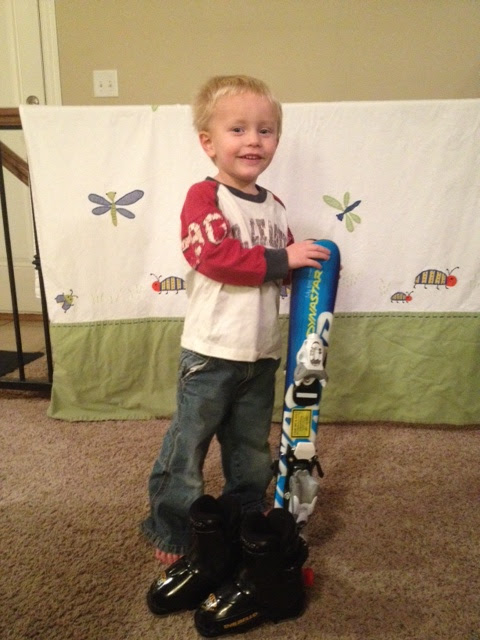 Here is a picture of McKay with his tiny skis.  They are so cute (please forgive his crazy hair and our shower curtain drying in the background...) 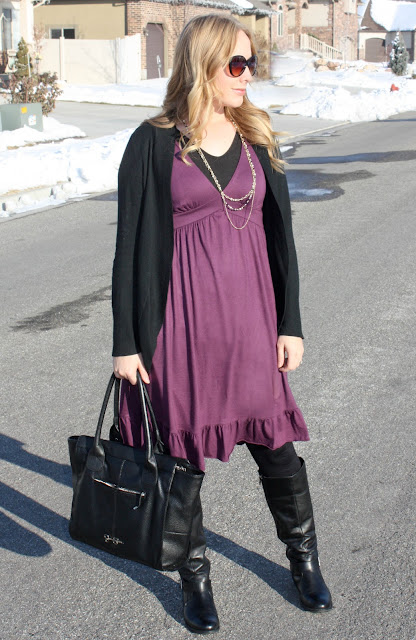