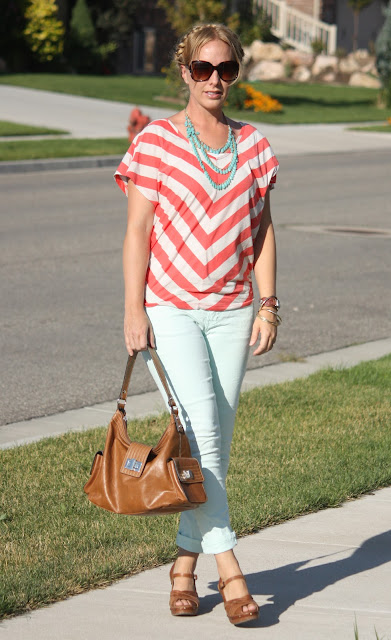 Mint and coral has to be one of the biggest color combinations that I have seen this year and somehow I the lover of color mixing have not yet done it.  Well, on Saturday night for date night the colors were finally mixed (even though nobody really saw them because our date happened to be in a dark movie theater watching Batman...but I knew :) 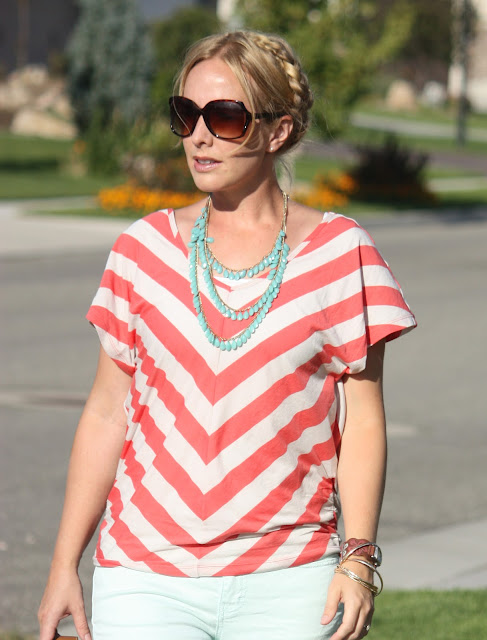 Alright, so who is loving the Olympics??  I told you that I was probably going to drive everyone crazy talking about them, but I have been LOVING every second of it.  Tonight I am multitasking watching women's gymnastics and blogging.  Talented right? 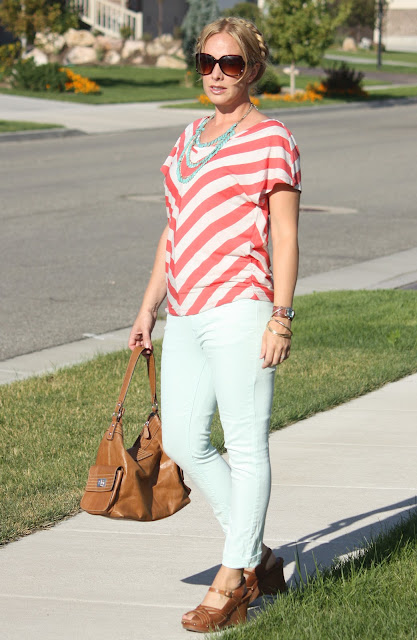 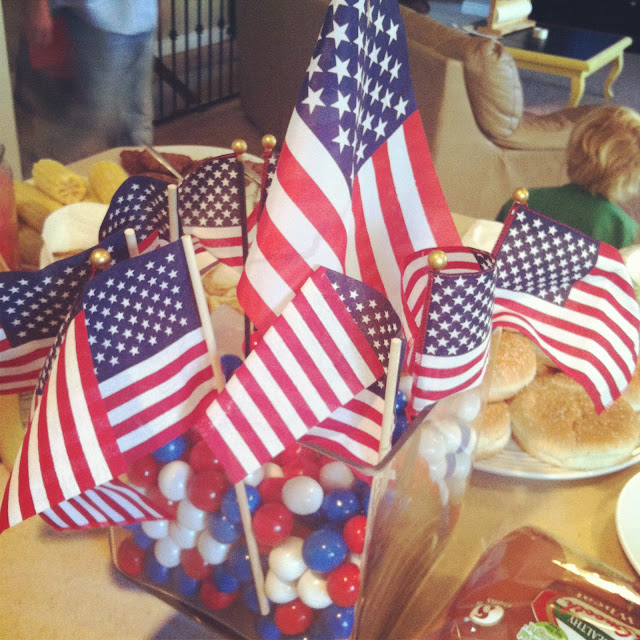 We had a little party with some of our friends for the Opening Ceremonies.  I made Havarti Stuffed Pesto Burgers and Baked Herb and Parmesean Fries with lemon garlic aoli for dinner.  It was sort of amazing if I do say so myself... 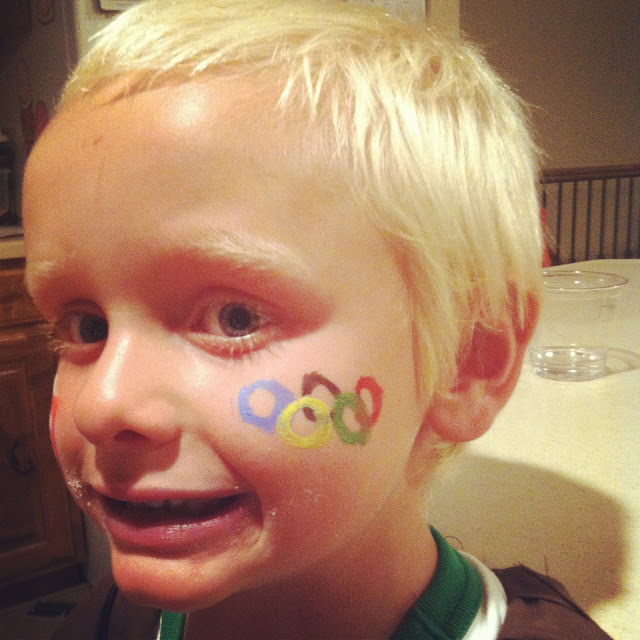 We did face painting and olympics bingo and then face painting (we also had Krispy Kreme donuts of which there are still remnants on Hunter's face) to get into the spirit of things.  My boys would NOT wash it off and the next day they had Olympic shaped smears on their face. 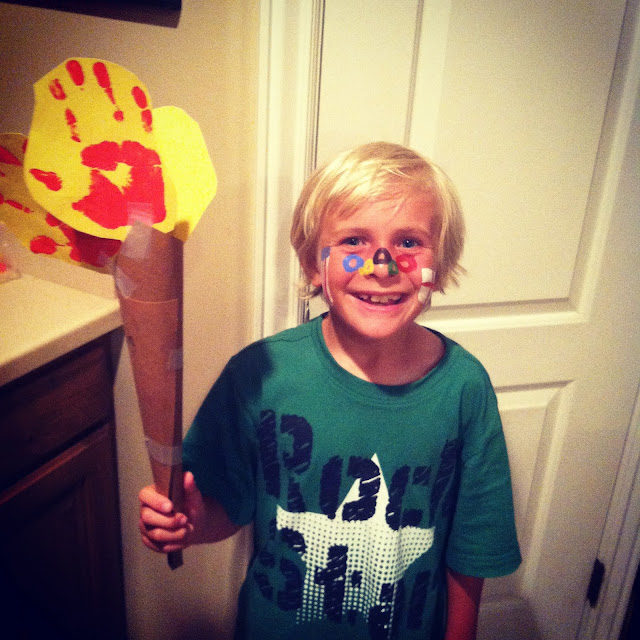 There were also crafts going on.  Can I tell you what a fun night it was? 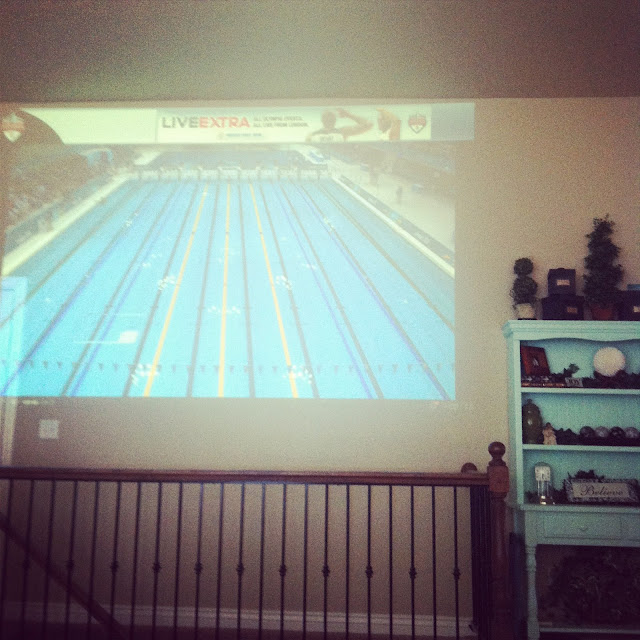 We have been watching the Olympics non stop to the point that we had our projector going as well as the TV watching different events. 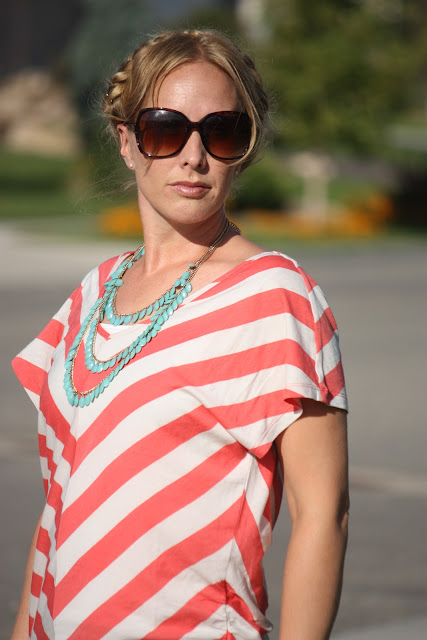 I am definitely planning on being a major couch potato until they are over. 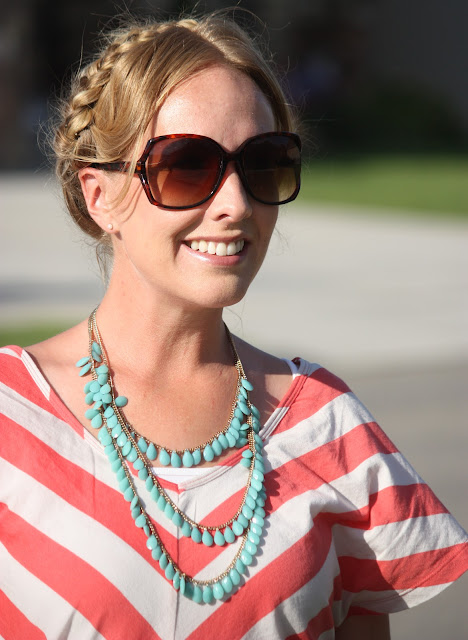