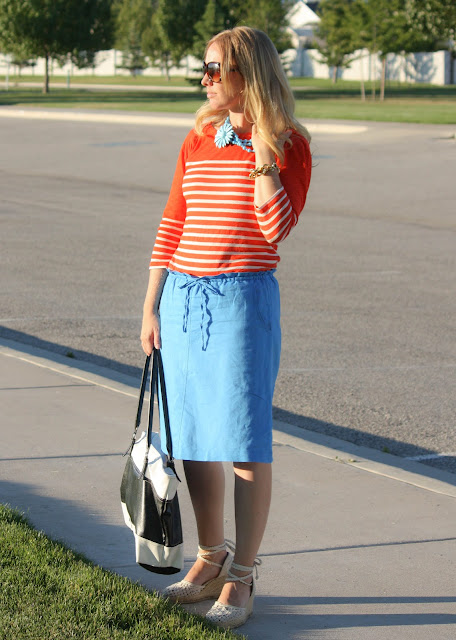 Creative title right?  Don't you think it sounds better than orange and blue?  Hands down this is one of my favorite color combos.  I have a confession, a lot of my outfits aren't really thought out. Sometimes it is more like I am wearing something and think, oh...I think I will take a picture of this. That is what happened tonight and this is what I wore today to my boys' piano recital. 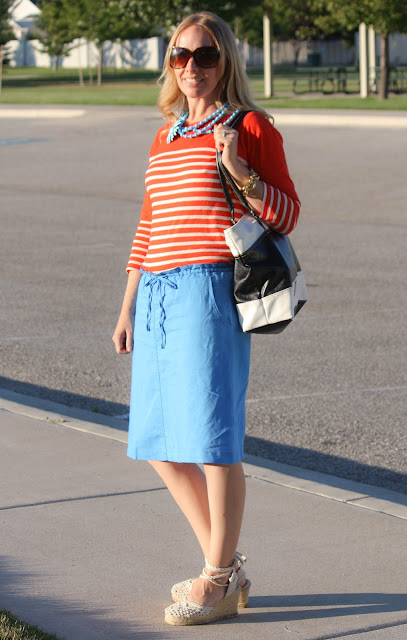 I know I have worn this top in quite a few posts (3 to be exact), but it is just one of my favorites!  It goes so well with so many things.  I promise this is (might be) the last one (but probably not because I love it, but really I will try my best). 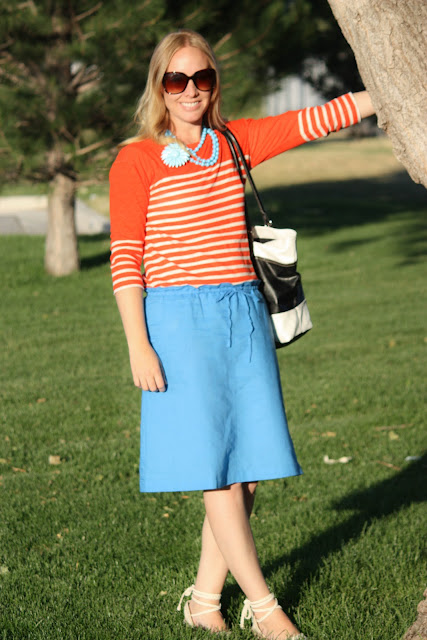 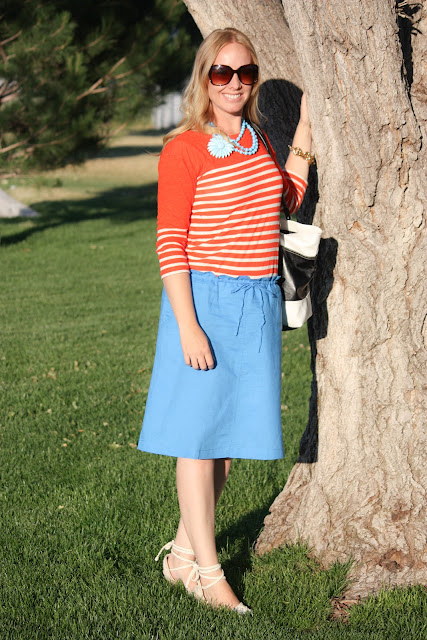 Top: Jcrew Factory (on sale!)| Skirt: DownEast Outfitters (similar) | Shoes: Dillards (similar here and here) | Sunnies: Nordstrom | Bag: Nine West via Ross (similar) | Necklace: Etsy (I saw a necklace similar to this one on Glee worn by the fabulous Emma Pillsbury, back when I when I watched it and had to have it.  I seriously LOVE it!) | Bracelet: Jcrew 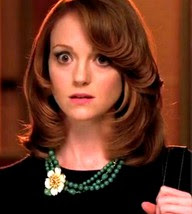 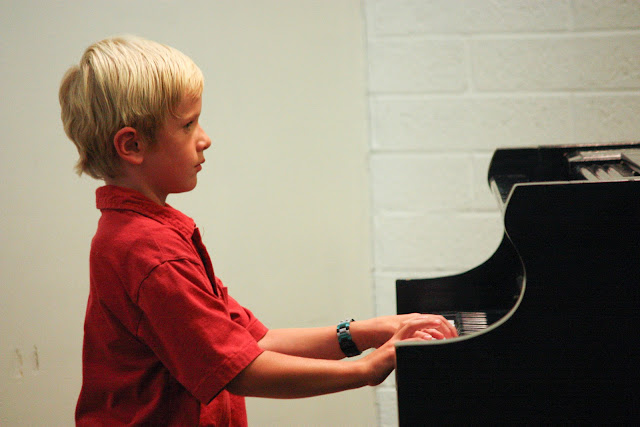 Here are a few pictures of the piano recital tonight.  My 7year old is a little bit shy and I was so worried that he was the first one to play his song, but he just got up with so much confidence and played his song perfectly. 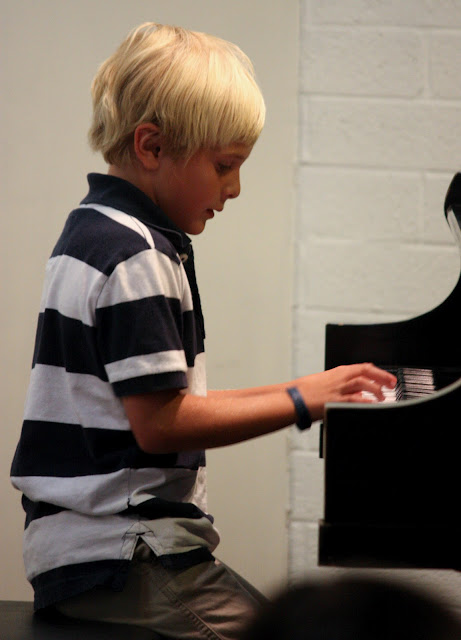 My oldest went a few people later and also did such a great job!  This was such a parent pay off moment tonight, although it was also so funny because my 2 year old was playing an ipad (to keep him quiet) and every time he did anything well he would yell "I win!" which was a bit disruptive...and hilarious, but we really did try to get him to be quiet).  It really made all of those hours of helping the boys with piano totally worth it. 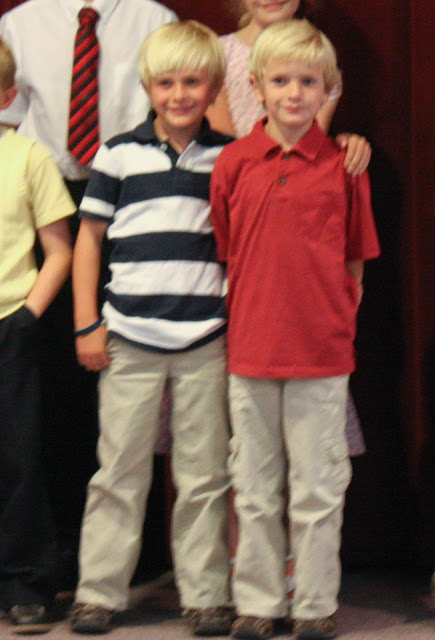 In their group picture Palmer put his arm around Lincoln (that doesn't happen very often).  It is blurry because I wanted to get it as big as possible!  Maybe I should frame it and put it in their room to remind them that they really do like each other :) All around it was such a wonderful evening!
Posted by Emily at 9:33 PM