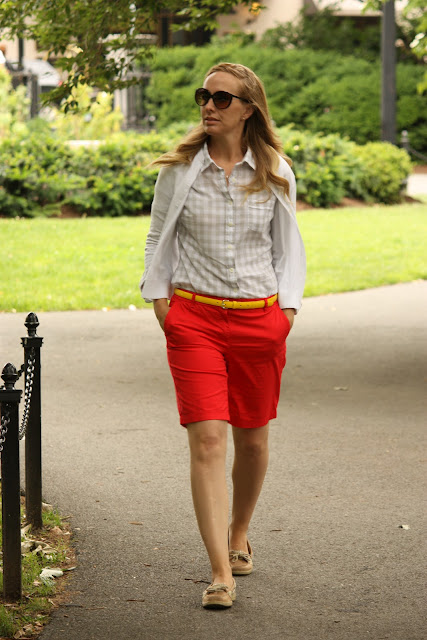 I am a lover of all things preppy.  I had totally pictured what I wanted my look to be while I was in Boston and it included my Sperrys, and large amounts of preppy-ness.  I decided to do a few outfit pictures while I was there and Josh was such a good sport to go along.  I didn't bring much jewelry with me on the trip because we were going to be site seeing all day and I wanted to keep things pretty simple. 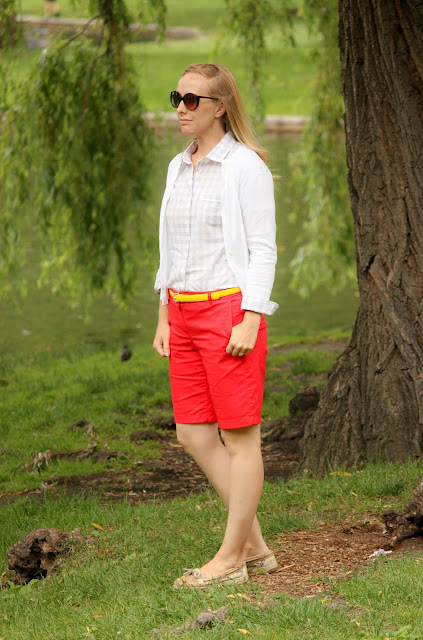 These pictures were taken at the city garden.  The shorts were actually an emergency item that was purchased after we went Kayaking (where we saw the Harvard Crew team practicing on the Charles River...ya it was pretty awesome),  and I got SOAKED (I was told there was no way I would get more than a few drops here and there, but the wind picked up, the waves got big and a few drops became buckets of water)  We actually hadn't planned to do ANY shopping while in Boston, but thanks to the fact that after we got through with our 5 1/2 mile kayaking trip I was dripping wet and Josh noticed my shorts were boarder line see through so it was a necessity (and Josh casually tried to stand behind me until my shorts dried off a bit).  I have to say I wasn't thrilled to be wet until the shopping trip came into the picture and then I thought it quite wonderful ;) 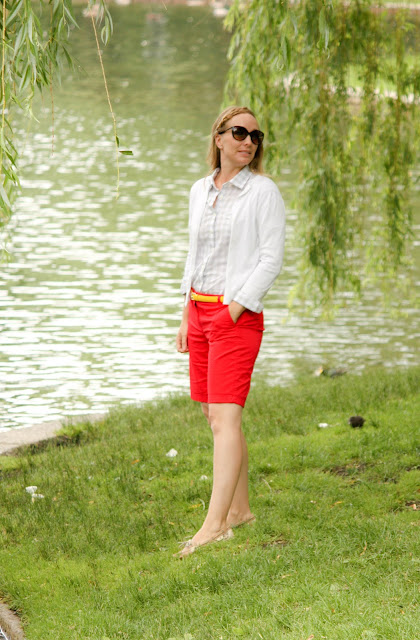 This was the most charming garden that was right across from the Taj Hotel where we went for tea. 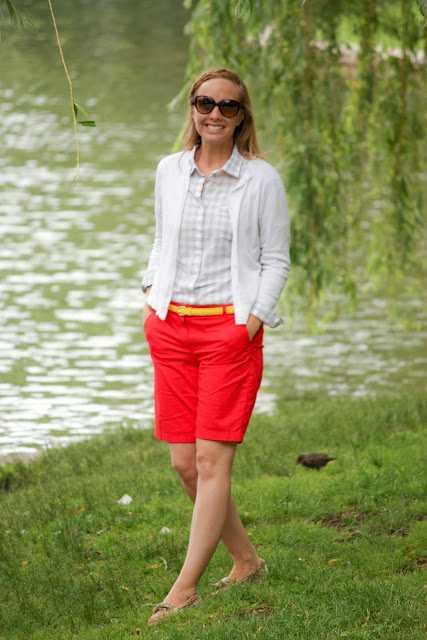 I have to be honest that I have always been a little hesitant to wear red and yellow together because I didn't want to remind anyone of Ronald McDonald.  I just love the colors together however and I decided that they grey and white would tone everything down a bit and I might get away with it. 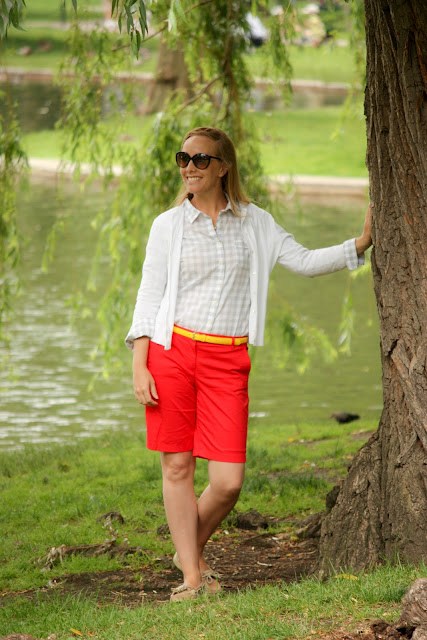 One again we see my F21 belt here.  Honestly the best $4 I have ever spent.  I wore it with just about every outfit I wore in Boston, both day and evening (the only exception being the dress I wore to church). 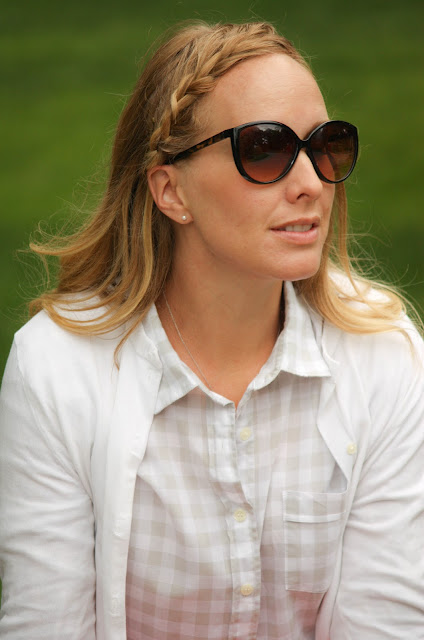 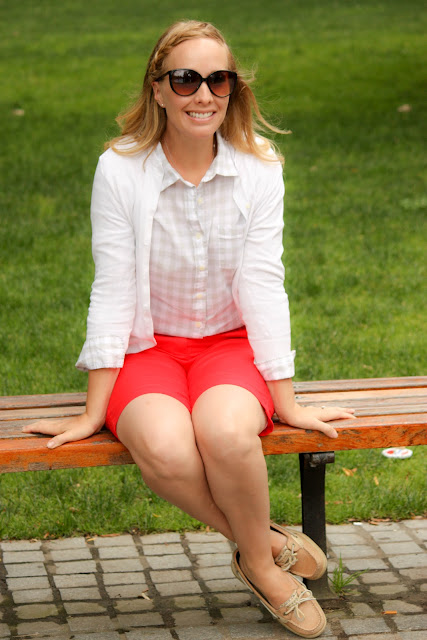