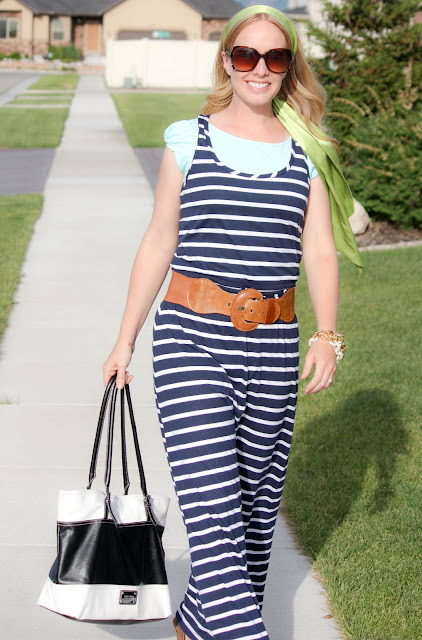 You know on Project Runway where they ask where the designer got their inspiration and they say something incredibly deep such as "the lines on the sidewalk" etc (not mocking, I am a huge fan).  Well, today my inspiration is the ocean...except that it really wasn't until I had it on already.  I love green and blue together like nobody's business and wear it when at all possible.

It has also been fun to figure different ways to style my favorite maxi dress.  I am telling you, there is nothing I would rather wear every day (sorta like super cute and comfy pjs for the day) 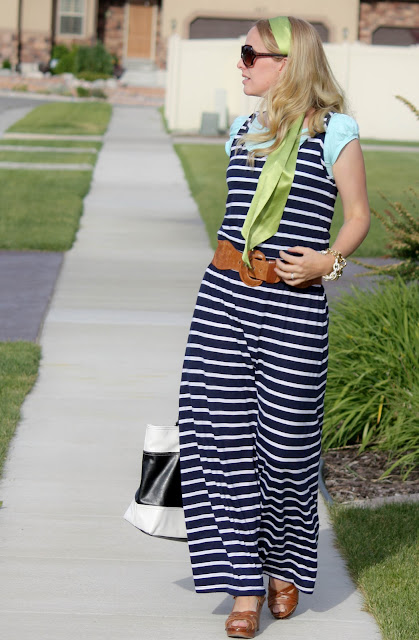 Can I tell you the most tragic story (you know I will...)? My external hard drive is claiming not to have any of my pictures.  I went to click on it today to get the post pictures that were planned and it said it was empty.  I have the sickest feeling in my stomach, it has EVERYTHING on there.  My kids end of the year stuff, birthdays, holidays, McKay's birth pictures and the day to day stuff I love and now it is saying it is BLANK???  I want to cry. 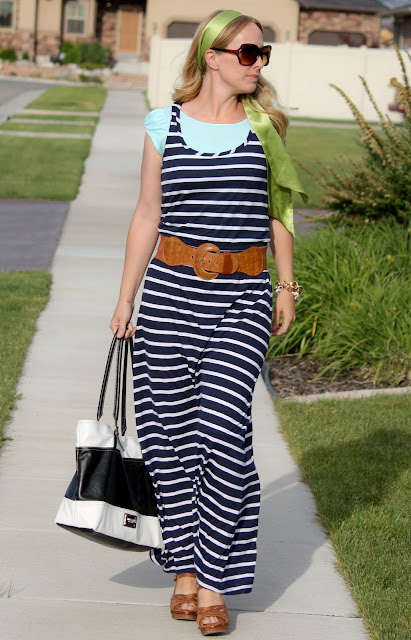 I am sure there is a reason and someone will figure it out, but until it has been figured out and am feeling a bit distressed.

Okay, moving on.  Does anyone else out there watch The Bachelorette (guilty pleasure...I actually didn't watch the last two seasons, but loved Emily when she was on before, so I HAD to)?  I just think they whole thing is such a mess.  I really like Emily and think she is so adorable, but the guys are just...is not up to par too harsh?  Well, the only one I even see her with and even then, not really, is Sean (who I think is a cute guy, sweet, sincere and not totally into himself (which is uncommon in this bunch.)

So here are my thoughts, because I know you are DYING to hear them.
Ryan-every word out of his mouth makes me either roll my eyes or want to scream.  Totally cocky, deprecating, shallow and self righteous.  Can't stand the guy.
Doug-actually seems really cool, but I have "heard" he has temper problems...judgmental?  yes, but just going on that he freaks me out.  Take it for what it is worth.
Chris-nuts.  His whole thing with Doug (who handled it very well for a rage-a-holic I might add), was crazy and well, just crazy.
Jef-not sure what I think.  He seems nice and cool but I do not find him attractive at all and I just don't get him (which I think is what he is going for).  They seem like an odd match.
Kalon-how in the world has he even made it this far?  They keep talking about how "well brought up he is".  I think he is selfish, conceited, and doesn't play well with others...that to me isn't well brought up.  He also looks like the bad guy in the movie "Red Eye" which creeps me out by itself (alright that one didn't count, but it still one of my reasons for not liking him sad to say).
Alejandro-cute...haven't really heard him talk and they DO NOT seem like they would go well together.
Arie-I don't get him either.  He seems nice but I was so grossed out by watching him lick his lips as he kissed her that I don't ever want to see it again (sort of like the horrible kiss by Christian Bale and Winnona Rider on the movie "Little Women" that I can never think of him without picturing it...).  But he seems okay cool.
Travis-Seems okay now, but the whole "Shelly" thing was just strange
John (wolf)-I got nothin'.  No opinion.

So I know you didn't come here for a Bachelorette recap, but I had to share, so just disregard (or better yet, tell me your thoughts!!!) 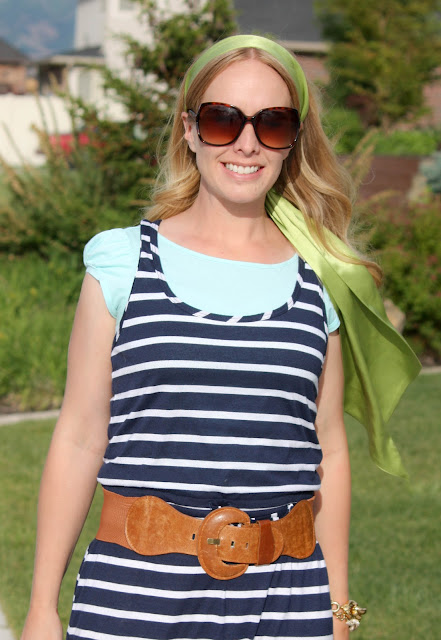