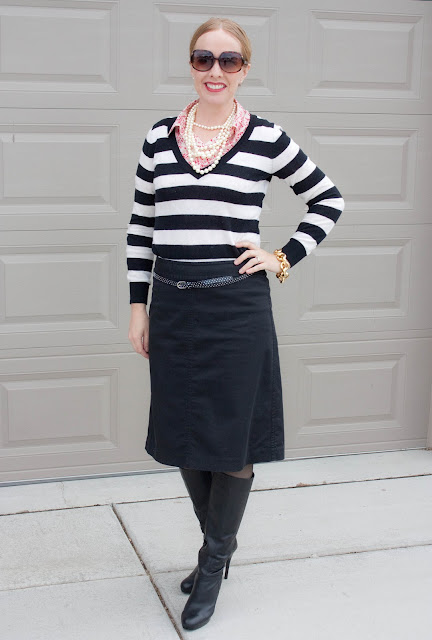 This past weekend I wore this outfit to the ballet with my friend Kristen.  I love everything girly and the ballet, especially "The Little Mermaid," was a celebration of all things feminine.  It was so fun and we were surrounded by cute moms with their daughters all dressed up.  We headed to "tea" afterward, but sadly the tea shop that we were going to has gone out of business (I think I said we were "going to tea" about 1200 times because it just sounded cool.  Literally 1200 :)  The other two tea shops in Salt Lake only take reservations so our tea party had to be postponed (we had to drown our sorrows in the amazing food of the California Pizza Kitchen.  I discovered a new salad that I have been dreaming about since so I guess all's well that ends well :). 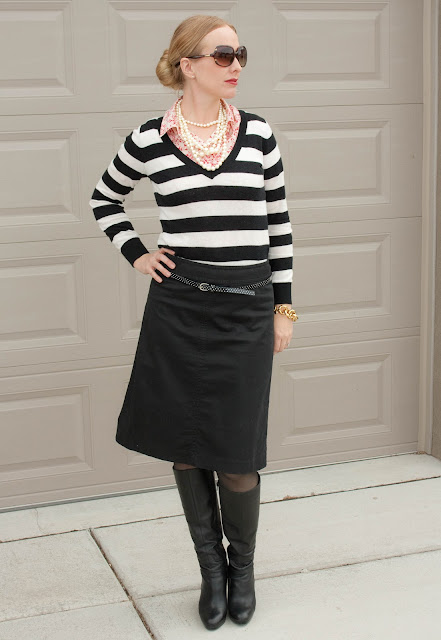 I always thought that I would take my little girls to the ballet (and to tea), but now that I have all boys (which I totally love), I am trying to decide if I dare take them...I think they might like it, but I have to find the perfect one.  I might try the Nutcracker this Christmas. 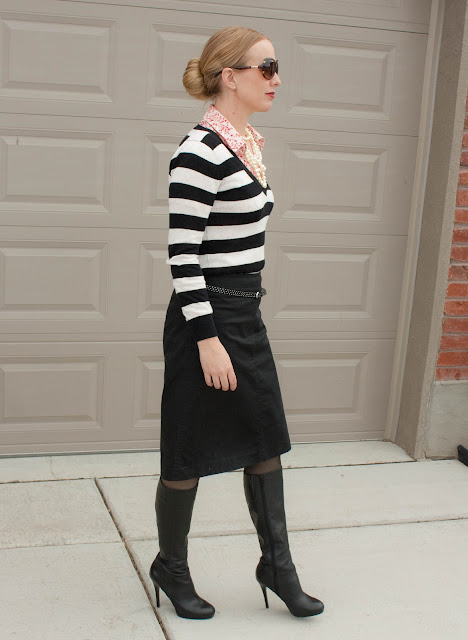 Our boys play just about every sport (although karate and hockey haven't been played yet but they have started asking...)  I love art, music, theater and ballet and am hoping that I can share that love with my boys.  I am developing a love of sports that I have never had before.  My husband is always way impressed when I throw out random sports trivia (so I try to do it whenever possible...it really isn't that impressive but the hubs is thrilled with anything that shows I am liking sports...he's a huge fan).

I have already gotten the boys on board with theater.  We have taken them to the plays "Peter Pan" and "Beauty and the Beast" and they were thrilled with them (my four year old at the time fell in love with Wendy who was about 30:).  The two oldest are taking piano lessons and I really hope that inspires a love of music.  I really hope that I can get them on board with ballet, but that might be a tougher sell.  My husband is a good sport to go with me (and he admits that Cinderella was good.  The step sisters were played by men and it was just hilarious!), but I think he is happy when I go with Kristen.  I guess we will see.  I am determined to get the arts in somehow :)  I believe that boys should be well rounded and cultured just as girls should be!

I watched the Heisman Trophy ceremony one year with the hubs (yep major brownie points), and that year a boy name Sam Bradford won it.  I was so absolutely impressed with his parents who had insisted he pick an instrument to play as well as sports. The kid played the cello while he was one the high school football team.  I hope my boys will be that well rounded.

Alright that is all, thanks for indulging my random mommy rant :) 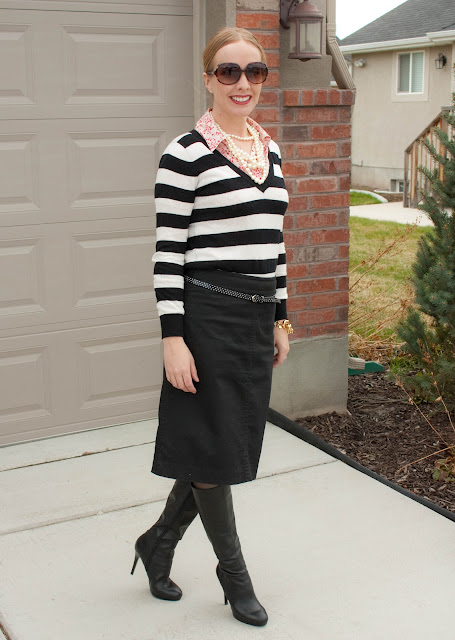